A downloadable game for Windows

Try out the demo for free!

We're bringing turn based strategy and programming together to create a unique and endlessly replayable strategy experience! 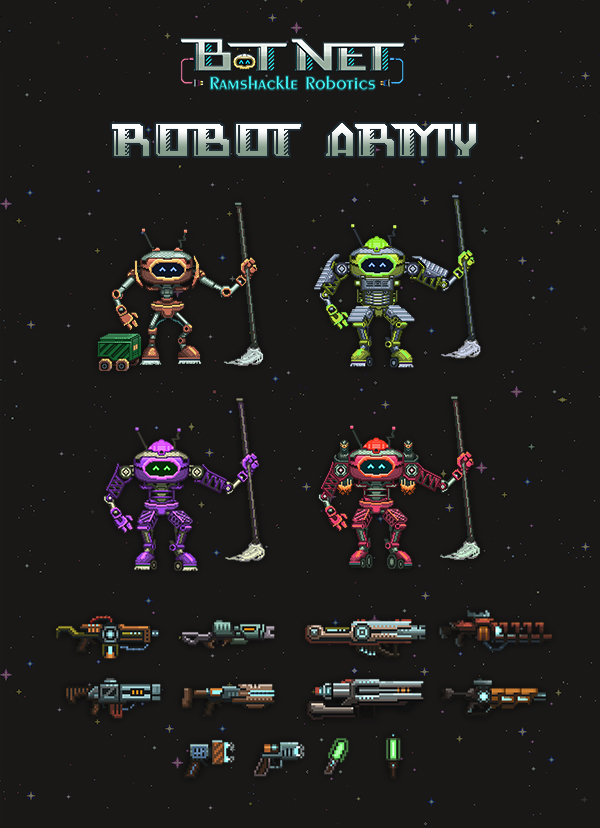 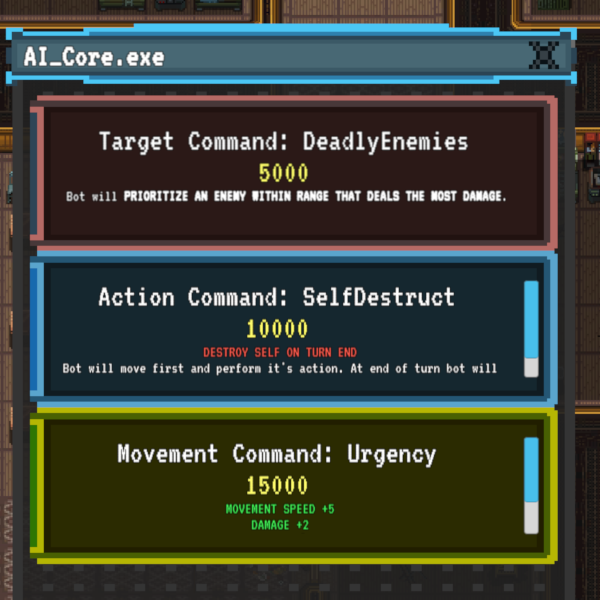 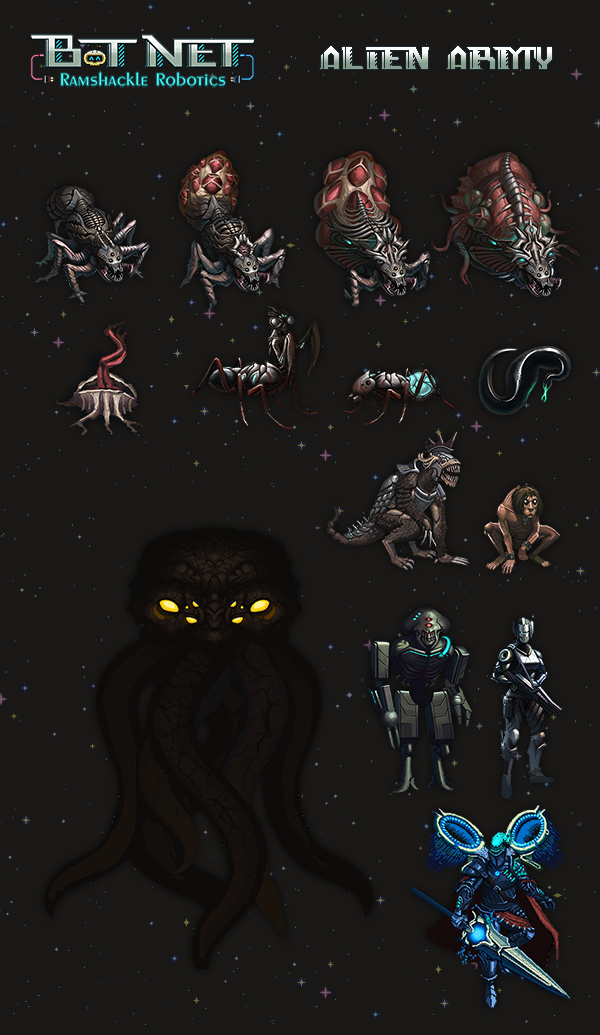 We've recently launched our Indiegogo campaign which has already received fantastic support and would be excited to have you join as well! If you'd like to support us or find out in detail the future plans for the game, click on the image below to reach the Indiegogo page! 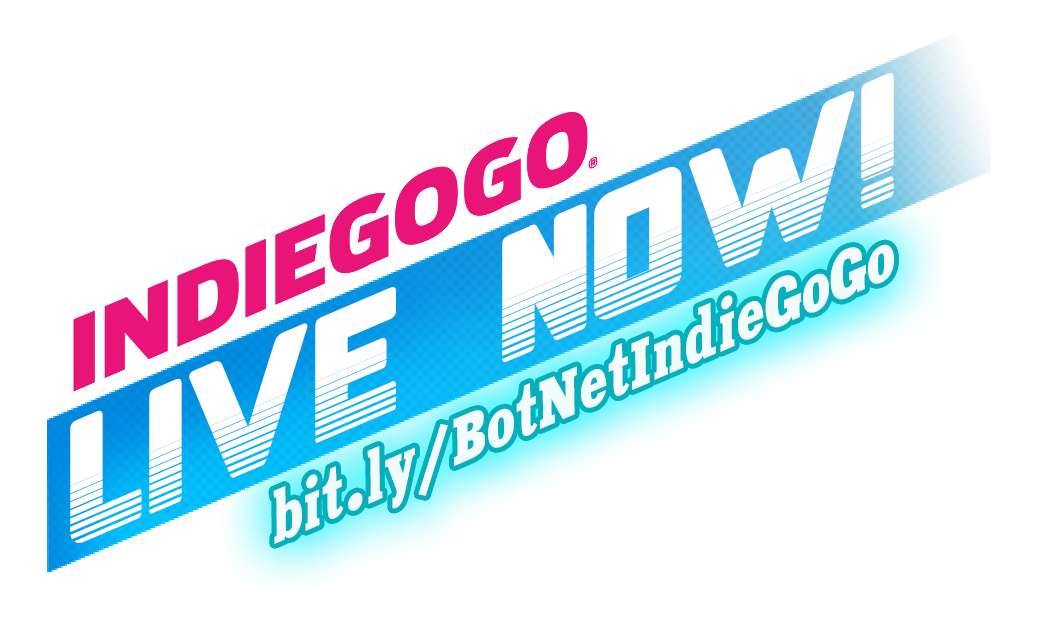 Unzip the folder wherever you'd like then open 'Bot Net Ramshackle Robotics.exe'

Great idea, i love it.

Hi just checking, is this going to be Windows only or Linux too?

We're planning to support Linux in the future. Right now we're focusing on windows while we get through our crowdfunding campaign. We should hopefully have a Linux build available within a couple months.

Awesome! When you do, reach out to me here : https://www.gamingonlinux.com/

Played the tutorial, and I have to say. The idea is good, I enjoy the concept. However, the combat feels grindy and barebones, the turns take awhile, and more complexity introduced as the game goes on would be cool.

I know it's a demo and in the early stages though, so I know these things will be worked on.

Personal recommendations would be a turn unit style, where instead of one side goes, than the next, it'd be interesting to see turns play out in order of speed. That is, when you press the Execute Commands button, it goes in order of the fastest units (whether robot or alien) and so forth. Would open up ways to increase unit speed over surviability, more value to fast bodies, etc.

Another thing would be cover systems and miss chance. Cover systems aren't a necessity, but would be interesting to include as a feature as you learn the game's mechanics. Miss chance would make it less punishing for melee units on both sides.

Also, tying in with the turn unit thing, aliens shouldn't get a free turn when they leave their ships. That is, they shouldn't get to move and attack without threat, as they only appear after your robots end their turn.

Overall though, game's neat and I like it. Don't gotta take any of my recommendations, but I do hope considerations are made to improve combat. (also my partner thinks variation in the game music would be nice)

Thanks for the feedback! I'll make sure to keep your ideas in mind as we continue developing =)

I really enjoyed it. 2 solid hours of exciting gameplay, though as there's only one, non-randomly-generated level, not very much replayability, will definitely return when it's finished!

Glad to hear you enjoyed the demo!

Enjoyed! This thing kept me up until 12:00 AM because I have the time management skills of a middle-aged drunk chimp! It's awesome! Though I did start at 10:00 PM, so that's on me

Haha, I find that I'm always wanting to just see one more turn when I play and before you know it, you've been playing for hours! I'd like to think that's a sign that we made something good =)

A Linux and Mac port would be nice but is not 100% needed.

If you don't want to have proper support or bug fixing for these platforms, just make it an unstable channel!

We do plan on supporting those platforms in the near future! Once our Indiegogo campaign has finished running we're going to be getting some new hardware to let us properly support them. Ideally we should start having proper builds in a month to a month and a half from now.

Awesome!  Thank you for considering Linux

That's probably what we will do for Linux. For Mac, I couldn't figure out how to buy it's OS to use as a virtual machine and, as far as I can tell, the only way to get the OS is by buying a Mac computer. Either way, it will be nice to just have the proper machines to do it all on.

It would even be nice if you just made a port for Linux and/or Mac but label it as unstable so if it is just broken sometimes it is ok because otherwise you could never play the game on Linux or Mac in the first place.